Today we started on our weekend long trip to view some awesome waterfalls.

After reading an article about waterfalls in Norway.  I decided that we should go and visit some of them as they was actually quite close by.

First part of the journey was to go through 2 underwater tunnels and then on to a ferry to cross the Boknafjorden and onto Bokn. Then we was to drive up E134 to get to Kyrping Camping which was to be our main base that weekend. Awesome place. Have added links and and map to them.

Then on day 2 we was to travel along the old roads along the Akråfjord towards Odda and stop by some waterfalls along the way. Have lunch in Odda and then go up to Ringedals dam, where also is the starting place for those going to the Troll Tongue. After that we was to go to Røldal and look at a Stave Church. Then head back to the camping place via an old mountain road. That was it.

Had originally planned on leaving on the friday the 6th after work but due to the weather it got postponed by a day.

Had spent the week prior getting the caravan ready by taking down the tent and making sure everything was ready as this was our first trip with it.

On Saturday morning we did the last shopping of stuff we needed.
Then went over to our camping place to get it ready.
Took us about an hour to get to the ferry.
Had no issues on the road, the car handled the caravan very well.
Was lucky and went straight on to the ferry when we got there. No break time. 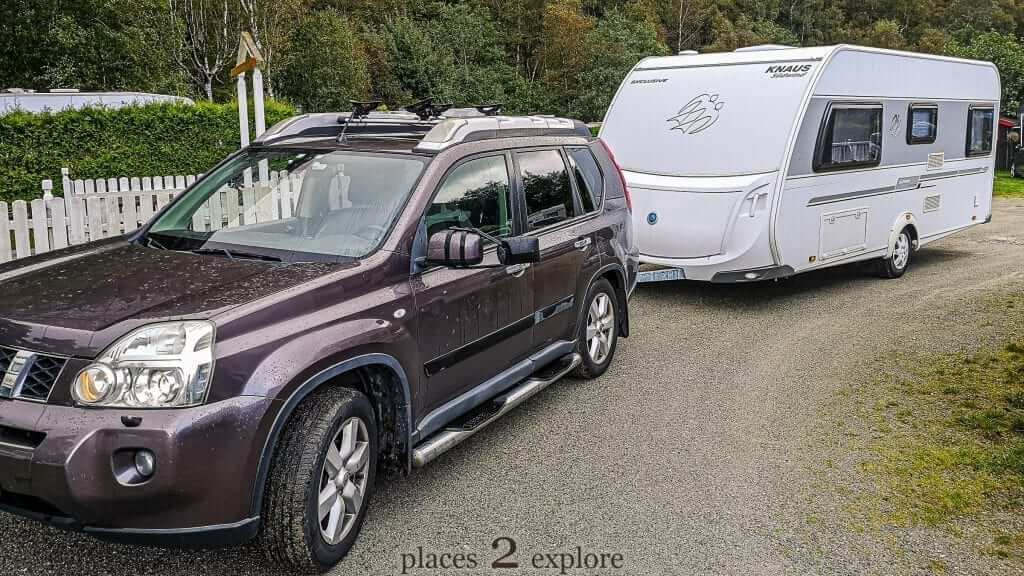 After getting of the ferry we drove for about a half hour and decided to stop, so that we could let the dogs out and stretch our legs, we was in no rush 😉

Here is a shot of the view we had there.

After the dogs and us was ready we continued on to the camping place. Had about an hour left to drive.

Arrived at the Campground

Ariived at the camping place safely, was a tight drive down to it but all ok. Got a place right down by the water.

Camping place is very nice and has everything you would need. Definitely be coming back here.

After we got everything in place it was time to get some food. Decided to try out the places available at Etne, 10 minutes away.

On our way we stopped by a place i had stayed at in the 80’s with my family on a salmon fishing weekend and took a couple shots. All i remember was i liked the place and didn’t catch any fish.

We decided to try the Etne grill, I had the Kebab and my honey had the fish and chips. Both very good especially the fries she got as they was covere in cheese and bacon, yummmy.

After we ate it was back to the camping place and relax.

I am a hobby photographer that loves travelling and exploring new places.